I’m reading a dozen books (what’s new) including Londonistan by Melanie Phillips (get it HERE). She is a journalist in the UK who is often, I read, the token conservative on BBC panels. 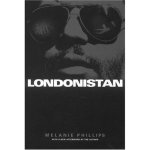 I’m not the news junkie that I’m sure many of you are. I confess to being woefully under-informed about current events.

Furthermore, even when I am relatively caught up on major headline news, I tend to forget quickly. Everyone in America remembers the date September 11, 2001. In England the date is July 7, 2005, the day four suicide bombs went off simultaneously in London. I need books like the one by Phillips to remind about such things and how they came about. It’s great to have someone remind and also connect event in a causal relationship and make sense of it all.

I didn’t remember, for example, that all the bombers were born and bred in England. I didn’t remember that these were not impoverished, underprivileged Muslim men beaten down by society and taking revenge. These were middle class, well-educated members of UK society who were radicalized by Islamic clerics whose nefarious activities were committed right under the noses of MI5 and Britain’s homeland security.

Phillips reminds me that Abu Hamza, who is thankfully now in prison, was preaching racial hatred and genocidal murder in a mosque in England with the full knowledge of authorities who let it pass for a long time. Hamza is missing both hands and his left eye. There are various stories but at least one witness says this happened in an accident in a terrorist camp. Hello! A hate-preaching Islamic cleric missing body parts? And it took a while to figure out he should be in jail?

That’s one example of many on Phillips’ book about the dangerous self-hatred of the British for their own culture and history. There is an atmosphere of self-loathing, as the official line seems to be, “We Brits are the bad guys of history, whose primary legacy is imperialism and domination.”

Yeah, England has committed atrocities. Welcome to the human race. But what about constitutional freedom and literature and the spirit of the British who fought off Nazi fascism in World War II? Doesn’t the UK have a lot more positive legacy than mere imperialism?

Phillips is going to argue that this self-loathing and accommodation to every culture except Britain’s own has made London into a Muslim capital. After all, she argues, al-Qaeda started in England! An estimated 16,000 British Muslims actively support terror. An estimated 3,000 have been trained in al-Qaeda terrorist camps.

IT guy working in the associations industry. Formerly a congregational rabbi. Dad of 8. Nerd.
View all posts by Derek Leman →
This entry was posted in Islam and the West, Messianic Jewish, News. Bookmark the permalink.