High Holidays: Should we mourn and repent? 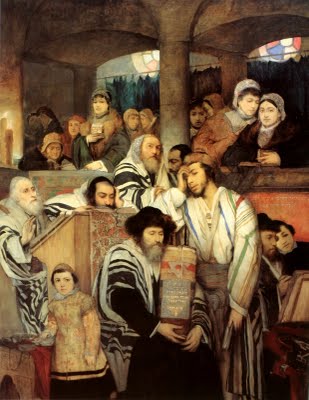 I hear the sentiment often, and from many points of view, that it is not fitting for Messianic Jews to mourn and repent in the High Holiday season.

The argument goes something like this: Yeshua died to end the curse for our sins and give life. Since we have already obtained atonement, we should not join in with the Jewish community mourning, pleading, and repenting. Rather, for Messianic Jews, Yom Kippur should be a day for dancing and rejoicing in the atonement Yeshua made.

My quick response: this is not how the New Testament authors treat the issue at all. There is no New Testament verse which says, “Rejoice and repent not, for you have it and have no need to mourn over sin, strive for holiness, and ask for mercy from the throne of grace.”

I mean no disrespect to people who have thought otherwise. But I do think that people get ideas like this from pop-religion and not from Biblical meditation.

In popular Christianity, which has many wonderful features but which sadly sold out to revivalism and cheap grace a long time ago, there is an idea that we have obtained every grace and our inheritance is assured. The Reformers believed in an idea of perseverance (those who truly believe will persevere). If that is true (and the Reformers were just people, not apostles) then it can be viewed two ways: (1) people will automatically persevere if they believe or (2) true belief is proven by persevering.

I may be wrong, so I hope a Reformed friend, maybe Trevin Wax (I’m calling you out), will correct me, but I think the Reformers believed in the responsibility of the believer to persevere. Cheap grace was not in the mind of the Reformers.

How is it that Christian cultural and theological influences retain such a strong hold on Messianic Jews? Why is the pull of pop-Christianity stronger than the pull of Jewish life? I really have no idea why anyone would prefer pop-Christianity, whether they are Christian or Messianic Jew. The Bible is so much more profound than simplistic ideas like four spiritual laws and easy grace.

But for a Jewish follower of Yeshua especially, it would behoove our community to look to the wisdom of Jewish history and tradition. The prayerbook of Israel is built solidly on the depths of scripture (with a few extraneous ideas rarely creeping in). Judaism is built on a solid foundation of Bible.

New Testament truth goes best on a foundation of Hebrew Bible. This is a good axiom. It means that Messianic Judaism can build a new tradition, and it has been, resting on Judaism renewed in Yeshua.

What would Yeshua be doing at Yom Kippur? Well, he commended specifically beating the chest in repentance. See Luke 18:13.

But Yeshua did not sin, you say. That didn’t stop him from entering the waters of mikveh (baptism) with the prophet John. Yeshua identified with sinners even in his sinlessness.

But surely we who live after the atoning death and renewing resurrection of Yeshua do not need such pleading for mercy, you say. Paul, who is universally regarded as the champion of grace, did not share your view. He said things like: “that if possible I may attain the resurrection from the dead” and “not that I have obtained this already” (Phil 3:11-12). He said things like: “I pommel my body and subdue it” (1 Cor 9:27) and “if by the Spirit you put to death the deeds of the body you will live” (Rom 8:13) and “Put to death therefore what is earthly in you” (Col 3:5).

Meanwhile, Yeshua’s own brother gave sound advice that sounds like Yom Kippur to me:

Cleanse your hands, you sinners . . . Be wretched and mourn and weep. Let your laughter be turned to mourning and your joy to dejection. Humble yourselves before the Lord and he will exalt you.
-James 4:8-10

1 Response to High Holidays: Should we mourn and repent?