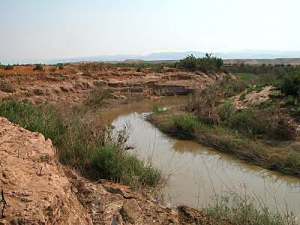 There is a difference in the way Yeshua was viewed by his own generation and the way he has been viewed since then in church and Jewish tradition. Our image of Jesus the Christ of Christianity is different for many reasons than the image of Yeshua the Galilean to his own people in his own time.

For one thing, we know the end of the story about Yeshua whereas they did not. For some of us, that means accepting that Yeshua was and is far more than he appeared to be as he walked the hills of Judea, Samaria, the Decapolis, and Galilee. For others of us there are complicated issues such as anti-Semitism in church history and a heated dialogue about Jesus which often meant death or marginalization for Jews. It is not easy to see Yeshua objectively in any sense of the word.

But part of the idea of the Yeshua in context podcast is to peel away what layers we can and see Yeshua in his own time and place. Of course we cannot do this perfectly. We can only look at evidence from the past and get fuzzy glimpses of the way his audience would have thought of him.

This podcast is one of three considering Yeshua as Teacher, Prophet, and Messiah. In our last podcast we considered Yeshua as teacher, but we found that the Gospel of Mark in particular shows us a different kind of teacher than some other studies have suggested. Yeshua resembled not so much rabbinic teachers such as Hillel, but a prophet-teacher, such as Elisha.

(1) If you have iTunes, search Yeshua in the iTunes store and subscribe.

(2) If you don’t use iTunes, go to this link at derekleman.com.