Okay, I’m having a couple of very busy days. And I don’t want my blogging to suffer. So I’m doing what people often do when they are short on time. I’m piggybacking my thoughts on things I find on other blogs.

The main Christian blog I read is Scot McKnight’s Jesus Creed on beliefnet.com. So sorry for being on the McKnight bandwagon two days in a row, but it is saving me time and hopefully is still providing interesting fodder for discussion and thought.
……………………. 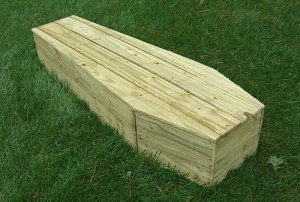 On the Jesus Creed blog (Scot McKnight of North Park University and author of about a hundred books), there is some discussion today about the traditional Christian idea, found in the Apostle’s Creed (I remind people that this creed, though venerable, is not actually from the apostles directly), that Yeshua descended into hell. The line in the creed says it this way:

. . . He suffered under Pontius Pilate, was crucified, died, and was buried. He descended into hell. On the third day he rose again . . .

What does this mean? Is it a true notion? What does it say about afterlife, the realms of the dead, and so on? How does it relate to other literature: Isaiah’s sheol passages? The Hebrew Bible’s mentions of “being gathered to the fathers”? Apocalyptic literature and talk of realms of the dead and demons and so on? Early mishnaic and midrashic texts on related topics? New Testament texts on the topic?

Hey, I can’t answer all those questions. I’m just saying this is an interesting area to think about.

The New Testament texts potentially bearing on this include:

For the Messiah himself died for sins, once and for all, a righteous person on behalf of unrighteous people, so that he might bring you to God. He was put to death in the flesh but brought to life by the Spirit; and in this form he went and made a proclamation to the imprisoned spirits, to those who were disobedient long ago, in the days of Noach, when God waited patiently during the building of the ark, in which a few people — to be specific, eight — were delivered by means of water. This also prefigures what delivers us now, the water of immersion, which is not the removal of dirt from the body, but one’s pledge to keep a good conscience toward God, through the resurrection of Yeshua the Messiah. He has gone into heaven and is at the right hand of God,t with angels, authorities and powers subject to him.
–1 Peter 3:18-22

they will give account to him who is ready to judge the living and the dead. For this is why the gospel was preached even to the dead, that though judged in the flesh like men, they might live in the spirit like God.
–1 Peter 4:5-6

But God has raised him up and freed him from the suffering of death; it was impossible that death could keep its hold on him. For David says this about him:

‘I saw ADONAI always before me,
for he is at my right hand,
so that I will not be shaken.
For this reason, my heart was glad;
and my tongue rejoiced;
and now my body too will live on in the certain hope
that you will not abandon me to Sh’ol
or let your Holy One see decay.
you have made known to me the ways of life;
you will fill me with joy by your presence.’

Brothers, I know I can say to you frankly that the patriarch David died and was buried — his tomb is with us to this day. Therefore, since he was a prophet and knew that God had sworn an oath to him that one of his descendants would sit on his throne, he was speaking in advance about the resurrection of the Messiah, that it was he who was not abandoned in Sh’ol and whose flesh did not see decay. God raised up this Yeshua! And we are all witnesses of it!
–Acts 2:24-32

Just then the temple curtain was torn in two, from top to bottom. The earth shook and the rocks were split apart. And tombs were opened, and the bodies of many saints who had died were raised. (They came out of the tombs after his resurrection and went into the holy city and appeared to many people.)
–Matthew 27:51-52

Now what is the meaning of “he ascended,” except that he also descended to the lower regions [of] the earth?
–Eph 4:9

What did Yeshua do between his death and resurrection? What evidence persuades you of your view?

What happens to us immediately upon death?

This is discussion, so it’s okay to present some tentative ideas/hypotheses. You don’t have to present a finished idea your are ready to die arguing. Please be brief. No dissertations. I’ll pop in when I can, though I’m snowed under today and tomorrow.

6 Responses to Descended into hell?