A Yom HaShoah Experience with FFOZ

While I was visiting with the people at FFOZ in Missouri on a recent college speaking trip (read about it here), I saw a video that was in production. It was a sweep of 4,000 years of history told in 22 minutes and I saw about the first minute. A resonant, bass voice carried the narration and the video was impressive in its beauty and content.

I remarked at the time that nobody in Messianic Judaism or in any other educational endeavor focused on the Torah could make as high quality video as FFOZ. Looking at their setup in Missouri, I could see why. They have invested in the equipment and the highly skilled people needed to make it happen. 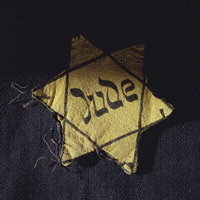 So, it was with excitement that I heard the news yesterday that FFOZ is holding a webinar, “The Holocaust: From a Critical Perspective,” on April 7, 8, and 11 for the coming Yom HaShoah (Holocaust Memorial). April 11 is Yom HaShoah.

Why is it a “critical” perspective? It is because we need to think critically about the Shoah, its causes and its lessons. I can never recommend too much that everyone who loves God, theology, and the people of Israel should read R. Kendall Soulen’s The God of Israel and Christian Theology. It’s academic and will be a challenge for those not used to academic material, but it’s short and even those who never trained in theology could work through it. I have no doubt that FFOZ’s webinar will present similar material about Christian supersessionism (replacement theology) and its role in making the Shoah happen.

The best part is that this webinar will also introduce the work of Chevra, a humanitarian organization with heavy involvement from Messianic Jews, led in the U.S. by Rabbi Michael Schiffman. Rabbi Schiffman has been feeding neglected Holocaust survivors in Eastern Europe and Israel for many years. Do you realize how little the state of Israel does for its survivors? And in Eastern Europe, many had to choose between decent food and medicine on the tiny stipend the governments would send them.

To register and get more information about the webinars (note that the times are Central Standard Time, please), check it out here.