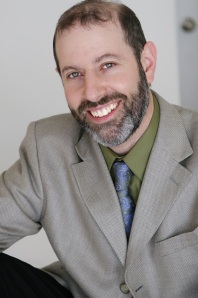 One of the things that astounds me is the depth of scholarship in our tiny little movement. Messianic Judaism, further delimited in my understanding as the Jewish movement by that name and not the slightly larger movement including many non-Jewish groups, is very small as religious denominations go.

One mega-church or metro Reform synagogue can outnumber our entire movement.

Yet we have a contingent of a dozen or so every year at the Society of Biblical Literature. We are working on having our own track at SBL. If you can be a fly on the wall at our annual Hashivenu event, you will be surprised at the level of research and knowledge in the room. We have a number of scholars with PhD’s from top schools including Cambridge and Harvard.

And the trend is increasing, not decreasing.

The name of Mark Kinzer is already well-known to many beyond the provinces of Messianic Judaism. Another name that will become increasingly known is David Rudolph, a New Testament scholar who is young, articulate, a PhD from Cambridge, and whose measured writings show promise of bringing the ideas of Messianic Judaism to the broader world of Judaism and Christianity.

In a decade, I would not be surprised to find that the name David Rudolph is recognized by New Testament scholarship as a leading player.

I can see David blushing and telling me I am wrong, because that is his humble nature. To meet David Rudolph is to love him. I find that his kind make the best scholars — not the brash ideologues who beat on others (like me), but the calm, humble scholars whose ideas are well-organized and able to speak for themselves with little chest-pounding.

The peer-reviewed journal, Studies in Christian-Jewish Relations has just published an important article by David Rudolph and it is available free online at http://escholarship.bc.edu/scjr/vol5/iss1/2/.

It’s not that David Rudolph has not been published elsewhere (he has) or that this is his first major article (it is not). It is that this is such a good article with important implications for Messianic Judaism, Christianity, Judaism (and something I hope the universal-Torah (a.k.a. One Law or Two-House) people will read).

Overview and Main Argument
Please take the time to click on and read Rudolph’s article at Studies in Christian-Jewish Relations. The article is not long. And the number of clicks can help promote further work by David Rudolph in that journal and others in the future.

Clicking here is a mitzvah: http://escholarship.bc.edu/scjr/vol5/iss1/2/

The full title is: Paul’s “Rule in All the Churches” (1 Cor 7:17-24) and Torah-Defined Ecclesiological Variegation

The passage being discussed is:

“Nevertheless, as the Lord has assigned to each one, as God has called each person, so must he live. I give this sort of direction in all the churches. Was anyone called after he had been circumcised? He should not try to undo his circumcision. Was anyone called who is uncircumcised? He should not get circumcised. Circumcision is nothing and uncircumcision is nothing. Instead, keeping God’s commandments is what counts. Let each one remain in that situation in life in which he was called. Were you called as a slave? Do not worry about it. But if indeed you are able to be free, make the most of the opportunity. For the one who was called in the Lord as a slave is the Lord’s freedman. In the same way, the one who was called as a free person is Christ’s slave. You were bought with a price. Do not become slaves of men. In whatever situation someone was called, brothers and sisters, let him remain in it with God.”
(1Corinthians 7:17-24 NET)

The author says he questioned church leaders in various settings if any of them were familiar with “Paul’s rule in all the churches.” It’s an interesting question. The phrase makes it sound as if this rule would be important in churches. Yet, as the Messianic Jewish Musings reader can easily surmise, none of the church leaders had any idea what Rudolph was talking about.

I wouldn’t have known either. Would you?

The main point in Paul’s discourse here concerns marriage and celibacy. Yet he brings up the issue of Jewish and non-Jewish identities. Why does he bring these up?

Rudolph says, and a simple reading of 1 Corinthians 7 confirms, that the Jewish identity issue is a supporting argument for Paul’s point about marriage versus celibacy.

The issue Paul is discussing is about each person’s calling in life, by which Paul means the social choices and position they will occupy (a recent commenter said that “calling” always means calling to salvation — but I hope this dispels that false trail). Calling here is equated with “situation in life.”

Paul’s Rule and Bilateral Ecclesiology
Paul is basically making the point, Rudolph argues, that has been called in our time by Mark Kinzer “bilateral ecclesiology.”

Bilateral ecclesiology (which some of us call co-community in Messiah) is the idea that Yeshua’s timeless and universal Congregation contains Jews and gentiles as distinct groups.

The common pattern and opposite of bilateral ecclesiology in church history has been assimilation of Jews into gentile callings.

The common pattern and opposite of bilateral ecclesiology pushed or by some of the Pharisees in Acts 15 was the opposite, gentile assimilation (conversion) to Jewish identity.

The modern twist, framed by the universal Torah movements with various labels including Messianic, One Law, Ephraimite, and Two House is gentile assimilation to the status of Israelites which is alleged to be different than Jewish identity, but is practically with all the same markers. It is important to note that Rudolph’s article does not address this particular twist and I am simply bringing it to the fore since it is an issue for many of my readers.

The truly important observation about “Paul’s rule in all the churches” is that there is no intention, according to Paul, that identity in Yeshua will erase Jewish identity or cause non-Jews to need to conform to Jewish identity. Thus, the Jewish-Gentile distinction will continue in the congregations and must be factored in to models of congregational identity and structure.

It is a further step, one not explicit in Paul’s words, to say that separate congregations for those of Jewish identity will be important. This is because Torah life requires communal reinforcement and a one-size-fits-all congregation will not encourage adherence to Jewish identity (just as today, Jews in churches are not able to maintain identity for more than a generation).

I will write more in coming weeks about David Rudolph’s article, extracting from his well-reasoned exegetical and theological observations more of the practical and movement-specific implications. I invite readers of all theological bents (including those who cannot agree with me, which is no sin, I assure you) to comment briefly on their reaction to the article.