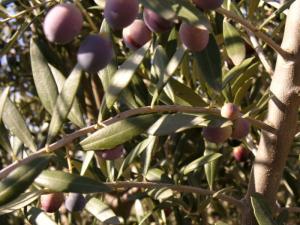 A great thing has happened in the past few decades in the lives of numerous thousands of Jesus-followers. The yearnings of people who love God and who read the sacred texts of scripture with eyes of faith has broken through centuries of error, misanthropy, and the tragedy of anti-Semitism.

Hundreds of thousands of Jesus-followers have become philo-Semites in various ways and at various levels.

(1) The rejection of supersessionism (replacement theology), which was the idea that Christianity had replaced Judaism in the promises and plan of God. The fullest definition of supersessionism is given in R. Kendall Soulen’s The God of Israel and Christian Theology. Supersessionism has varying types and levels as well and some people manage to shed the most egregious levels while retaining others.

(2) The rejection of anti-nomian reactions to God’s commandments. The explanation many heard about why Christians do not keep the Sabbath is so obviously false, it has been a continual problem. Note the glut of Christian writing attempting to spiritualize the Sabbath (including even recent major books by popular authors). The same arguments used against the Sabbath would call for a commandment-free Christianity. It occurred to practically no Christian authors that Sabbath was and still is God’s commandment for Israel (including Messianic Jews) and that Paul’s freedom-from-Sabbath statements were about non-Jewish disciples only.

(3) A discovery of and deep love for the Biblical holidays. Christians began hearing missionaries to the Jews (such as Jews for Jesus) give Passover presentations in churches starting in the 1970’s. The growth of the early Messianic Jewish movement began to include many non-Jews and the idea of Jesus-followers celebrating Passover, Tabernacles, Hanukkah, and other Biblical holidays spilled over and spread. Hundreds of thousands of Jesus-followers have taken hold of the holidays to one level or another. And the joy of God’s calendar is as evident to these lovers of God as it should always have been and always should be for Jewish people.

(4) The growth of teaching organizations and the proliferation of literature with various names including Hebraic and Jewish roots. Some of this material was poorly thought out, lacking in depth, and so on, but it was new for these Christians who soaked it up. And the beauty of it for many people was bringing the whole Bible back into view, so that study of the Hebrew Bible (Old Testament) became popular again in this subset of people.

(6) Related to the second point (above), many found that the old arguments about grace versus law were distorted and that the Torah is full of grace. A new view of Paul was developing in scholarly circles. Many in the Jewish roots movement sought alternative ways to interpret Paul. Sadly, the well-thought-out New Perspective on Paul by scholars proliferated a bit late for many in the Jewish roots movement who had already developed less helpful ways of reading Paul. A common Jewish roots reading was to deny any Torah-free statement by Paul using scriptural gymnastics. The realization that Paul’s letters are directed at a non-Jewish audience which is not obligated to Torah missed the Jewish roots movement just as it has missed church theology for thousands of years. To this date the Jewish roots and universal Torah (One Law, Two House) movements have not absorbed the benefits of the New Perspective on Paul literature.

(7) The growth of non-Jews in Messianic Judaism started fairly early and quickly Messianic Judaism became a movement not about Jewish faith and practice in Yeshua, but about non-Jews discovering their Jewish roots. Messianic Jewish leaders welcomed the people and money this brought to their work. The goals of establishing a Jewish movement for Yeshua were sacrificed to popularity.

The Present Situation
Something beautiful and potentially world-changing is at peril due to confusion and the demanding of rights and privileges.

First, the growth of philo-Semitic Christianity is harmed by the adoption in the Jewish roots and universal Torah movements’ disdain for Christianity and the church. Instead of reforming church structures and bringing many of the joyful realizations of Jewish roots into churches, many of these people left, joined Messianic groups, and developed a line of literature denouncing Christianity as pagan.

So now, you are either a Christian pagan or a Messianic. And Messianic to these people means that you keep the holidays, the Sabbath, and various aspects of the Torah (but almost always reject the rabbis, Judaism, and Jewish tradition).

Second, the goals of Messianic Judaism were co-opted by well-meaning non-Jews who simply wanted to live out their Jewish roots. It was easier to do this in a Messianic congregation. The beleaguered leaders of small Messianic synagogues were happy to welcome an influx of people and funding. Meanwhile, the churches people fled from were not willing to take on Passover or Tabernacles. These Jewish roots people were not welcome to express themselves within church structures.

When you have a church in denial of its Jewish origins, a church which does not understand the Pentateuch, a church which promotes unhealthy views of Judaism, can you blame people for leaving?

Even at this moment, churches are largely blind to these issues. Progress has been made. Christians are far more aware today of the Jewishness of Jesus than a decade ago.

But the pressing problems of church life still cause the repair between Judaism and Christianity to be a back-burner issue. Struggling to remain strong in the post-modern world, the church pays only minor attention to its history of anti-Semitism, the new and better views of Paul and Torah, and so on.

It is all too easy for philo-Semitic followers of Jesus to drop out of such church contexts. And there is no home, other than Messianic Judaism, for these disaffected people. So variant forms of Messianic Judaism have developed which are not Judaism, per se, but universal Torah movements.

Looking Ahead to Practical Solutions
Commenters and friends have recently asked me to suggest a way forward for them and people like them.

On the one hand, I have friends in the universal Torah movements who are not at all happy with me. I have been insisting that the Torah was given to Israel on Mt. Sinai, that it is a covenant between Israel and God, that non-Jews are not part of the Torah covenant, that the New Testament affirms the freedom of non-Jews from Torah obligation, and that the relationship of Torah commandments to non-Jews is complex.

I have insisted that Torah does not mean merely the biblical commandments but the whole tradition of Israel that goes with it. There is no such thing as Torah without tradition. The Torah is designed to be filled in by the community of Israel with traditions. So Torah without Judaism is bankrupt. In fact, the word Torah includes tradition inherently (so that the universal Torah movements are not really practicing Torah, but a sort of neo-Karaitism).

I have insisted that the Church is God’s community on earth for bringing Yeshua to the nations. The supersessionism and anti-nomianism of the Church do not mean God has abandoned Christianity. If God abandoned Israel for waywardness and errors we would have ceased to exist long before there ever was a church.

But what are non-Jews who realize all these things to do? How can people stuck between a church indifferent to Jewish roots and a Messianic Judaism that is trying to regain its purpose as a Jewish movement to do?

There are a number of related questions people want answered:

(1) How should Christianity have developed if it had not been supersessionistic and anti-nomian?

(2) What should non-Jews presently in community in Messianic synagogues do?

(3) What should Jesus-believers who love Jewish roots do?

In a series of posts I want to focus first on issues 2 and 3, the more practical ones. If I don’t forget (remind me), I will come back to issue 1. It is less practical, but for many it would form the theoretical base for the kind of community they would like to see.