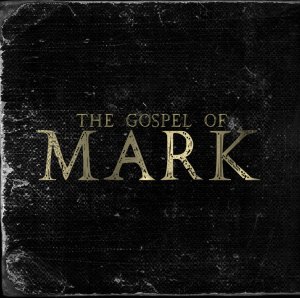 The following is a little excerpt from Yeshua in Context: The Life and Times of Yeshua the Messiah, my upcoming book. The schedule looks good for a late August or very early September release. I will, of course, say more. Many of you are on a list to be notified when the book is ready to ship.

The following excerpt is from the end of chapter 6, on the Messianic Secret theme in Mark:

The Son of Man must suffer many things. Too many people, like the half-healed blind man, would see Messiah with distorted vision. Yeshua’s role and the clues he left of his identity and aims are both different and more exalted than the popular messianic expectations. Texts that promise future redemption and a redeemer combine in unexpected ways. Themes of suffering and serving on the one hand and exaltation, permanence, and kingship would combine through a world of inter-textual references in the allusive and elusive words of Yeshua.

The messianic secret is not impossible to grasp. In the Jewish world of ideas, both the ones we know were written before, during, and shortly after Yeshua’s time and the ones written much later in rabbinic literature, a repository of texts combine in a rich world of midrashic intertextuality. Yeshua hinted at his sense of identity and mission through a world of texts from the Torah, Psalms, and prophets.

By downplaying hasty talk of his messianic mission, Yeshua bought time to educate his inner circle. Even so they would not understand (so that at his death, they had all left him and were in despair). Yet they were prepared to understand after the fact, after death would be reversed in exaltation.

Also, by downplaying popular notions of messianic identity, Yeshua bought time before the authorities decided he was too dangerous. At his trial, the leaders of Israel found it difficult to find evidence against him. They were barely able to make a case with Rome that he should be executed as a potential rebel.

The messianic secret is also a warning for those after the exaltation of Yeshua who might continue to misunderstand his mission. History has shown this warning to go sadly unheeded and that the secrecy theme in the gospels needs much more attention in popular understanding. Yeshua’s followers now, as then, need what was given to the blind man: to look intently and have our sight restored.

IT guy working in the associations industry. Formerly a congregational rabbi. Dad of 8. Nerd.
View all posts by Derek Leman →
This entry was posted in Bible, Derek's Writings, messianic, Messianic Jewish, Messianic Judaism, Yeshua and tagged Yeshua in Context. Bookmark the permalink.

3 Responses to Excerpt: The Messianic Secret

Leave a Reply to Return of Benjamin Cancel reply