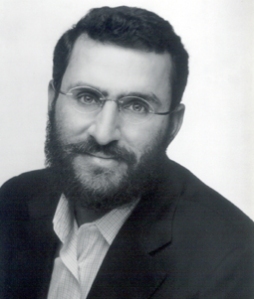 Shmuley Boteach has a book soon to be released about how non-Jews can save Judaism and how Jesus is a prophet, but not divine or any kind of messiah. Judaism is a failure, he says. It’s too tribal. It has no appeal in a world where people want to share life and culture, not remain separate. Jews left Judaism 200 years ago in the Emancipation and they’re not coming back, he says. Read the article on JPost here.

So, Shmuley is showing people a way that is ancient and can be made new: a sort of associate relationship to Judaism like the God-fearers and Judaizers of the Second Temple Period. Ten percent of Romans kept Sabbath, some of the sources tell us. And non-Jews today, says Shmuley, can practice Jewish spirituality in modified forms without giving up their own identity or joining the tribe.

Shmuley’s upcoming book is about Jesus. Jesus the prophet, he says. But not Jesus the divine man or Messiah. Problems? You bet . . .

Before Reading Shmuley’s Book, Here Are a Few Problems

(1) If Jesus is a prophet (I certainly think so) then his words are from God. There is no way Shmuley can believe this. I predict some sort of game-playing will ensure so that many of Jesus’ words will be ignored through either denial of authenticity or clever reinterpretation.

(2) Paul, says Shmuley, needed a way to make Judaism’s God more accessible, which he did by inventing a human-deity that is somehow (Shmuley doesn’t say how) more compatible with Greco-Roman ideas about deity. This does not do justice to the complex and rich Christology of Paul. It’s an amateurish theory at best. Shmuley is entering a well-populated field and I predict he will not interact with the best sources on Pauline Christology.

As for Judaism being a failure and the solution being a revival of the idea of God-fearing gentiles (Judaizers, Jewishly-spiritual non-Jews), here are a few more problems:

(2) How does this help unify humanity? Jewish identity in Shmuley’s model is still separate. An associate membership in the tribe for non-Jews is not a solution and it unifies nothing.

How About Paul’s Solution?

Want to read just one book that will make you understand all this from Paul’s point of view? Try N.T. Wright’s Justification.

Paul says the solution has been there all along . . . in Abraham! Abraham, the progenitor of Israel is also the source of blessing for every family on the earth, every nation — for gentiles as well as Jews.

And the seed of Abraham — both the corporate seed Israel and the individual seed Jesus — is the blessing for Jews and non-Jews. Here is a way to look at it. Israel was brought in early, through Abraham, into a covenantal relationship with God. But that was never the limit or extent of God’s plan. From the beginning he said it was to bless all the families on earth. Now, that blessing has started in Jesus and will be completed at the turning of the ages. So, the first chosen and those chosen later in Jesus both relate to God in the same way: by faith. Note that this does not erase Jewish-gentile distinction, does not annul Israel’s covenant relationship to God, and does not imply that Jewish followers of Jesus cease to keep the way of Torah.

This is not some late addition to the Abraham story. Both parts (gentiles and faith) were there from the get-go (check Genesis 15:6). Then read Romans 4.

Finally: The Very Prophetic Words of the Divine-Man Jesus

Let me close with a list of some of Jesus’ prophetic words, which I hope Shmuley will heed, since he now says Jesus is a prophet:

Luke 19:40 If these [people calling me Messiah] were silent, the stones would cry out.

Mark 14:61-62 The high priest asked him, “Are you the Messiah, the Son of the Blessed?” And Jesus said, “I am; and you will see the Son of man seated at the right hand of Power, and coming with the clouds of heaven.”

Matthew 11:27 All things have been handed over to me by my Father.

Mark 2:10 The Son of Man has authority on earth to forgive sins.

There are plenty more and you can find much of the material about Jesus’ identity at my Yeshua in Context blog under the category “Identity of Yeshua” by clicking here.