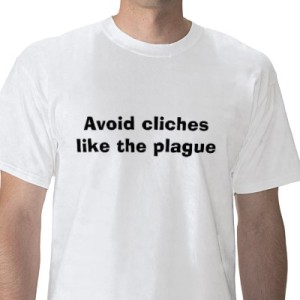 My experience last Sunday at an Episcopal church near Memphis has me thinking about liturgy. I did not grow up in either a Christian or a Jewish context. In my faith journey, I came to a Southern Baptist church as a college student and formed some of my first opinions about worship there. It took me years to un-learn the anti-tradition, anti-liturgy attitudes that were ingrained in that evangelical and Baptist megachurch.

It is well-known and has been much discussed that Messianic Judaism formed in the 70’s largely out of evangelical and charismatic Christian backgrounds and that the Jewish experience of many leaders was very limited. It was, and for some I guess still is, controversial for a Messianic congregation to follow the traditions of worship. So, in the early days of Tikvat David here in Atlanta, I went not to other Messianic congregations, but to some mainstream synagogues (Orthodox, actually) to learn what worship is about.

What follows are a few scattered thoughts about liturgy and Messianic Judaism. What are the advantages of liturgy vs. spontaneity? Is there such a thing as a traditional and mainstream Christian liturgy and, if so, how does it compare to the Jewish one? And I will round it out with a brief story about the value of keeping the level high instead of catering to the lowest level of expectation.

LITURGY AND SPONTANEITY
The advantages of liturgy include a greater depth of theology, use of scripture, and symbolism in regular worship. The ideas, forms, scriptural words, and theologies of the collective genius of the generations of the past become familiar and even a rhythm to modern worshippers.

The advantages of spontaneity include relevance, specific context, and relating our lives directly to our communion with God by his Spirit.

A vital observation, though, is rarely made: worship cultures that are all about being spontaneous make little or no place for the deeper, more scriptural, and more theological dimension while worship cultures based on liturgy can incorporate spontaneity. That is: in a liturgical congregation you can have the advantages of spontaneity at the same time as the benefits of liturgy, but the converse is not true. Thus, for example, we add our own spontaneous prayers at various parts of our Shabbat service at Tikvat David and various pray-ers add relevance and specific context. Our music leader is very good at adding a personal, relational dimension in her prayers following congregational songs.

But in my past experience in spontaneous environments, several things have been true. The depth of theology and scripture meditation was woefully shallow. The prayer experience often degenerated into tired cliches and meaningless phrases repeated by the poor individuals who had to try and make something meaningful out of nothing. I can hardly recount all the prayer cliches of an evangelical worship context: “thank you, Lord, that you are with us,” “just pour out your love, Lord,” “we bind the enemy, Lord,” “thank you that we have freedom to worship, Lord,” “it is good to be in your house, Lord,” and so on.

The idea of liturgy is so biblical it boggles my mind that evangelicals from many streams, including Southern Baptist life, pretend to be biblical while ignoring the patterns. I often ask church groups: do you pray the Lord’s Prayer? Do you read the Psalms?

And the best spontaneous prayers come from people soaked in the language of biblical, traditional, and theological prayer.

ON THE CHRISTIAN LITURGY
I not only hung out with Episcopalians this past weekend, but also made a new friend in a Reformed pastor who has led his church to be liturgical. He gave me a book by a Presbyterian (PCA) minister that argues for ancient Christian liturgy and forms in worship.

I found out something which is probably quite basic and that I probably should have learned within the first year of my experience in Christian churches. But, alas, I am in Georgia and most people here are Baptists and Baptists almost unanimously reject liturgy.

What I found out is that the common forms of Christian liturgy (Catholic and Anglican/Episcopal to be sure, perhaps Orthodox, and maybe Lutheran and older models for Reformed churches) are based on the Temple worship and the sacrificial offerings of Leviticus. I knew that the Catholic Mass was a sort of symbolization of sacrifice, but I had no idea how specific it all is. Here is an outline he gives of the Christian liturgy and how it relates to Temple worship (and Leviticus 9 is formative):

In a similar outline, giving more depth to the Temple sacrifice symbolism, he explains how the three central parts of ancient Christian liturgy relate to a Whole/Burnt Offering:

CLEANSING – Slaughtered and blood dashed on the altar
CONSECRATION – Skinned, cut up, and laid out on the altar
COMMUNION – Transformed into smoke and received as a food offering by God

HOW JEWISH LITURGY DIFFERS
Whereas Christian liturgy (obviously I am relying on this author’s explanation and have little knowledge about Christian liturgy) is based on the Temple sacrifice ritual, Jewish liturgy is based largely on the Mount Sinai experience.

Psalms and preliminary praises and blessings lead up to the SHEMA, which is like Israel’s commitment to God at Sinai, “All that the Lord has spoken we will do.”

The central prayer, the AMIDAH, is about covenant stipulations such as Sabbath and covenant blessings such as God’s Presence and peace.

The high point is not a sacrifice, as in the Christian liturgy, but the TORAH service, which is about God’s revelation of himself and his ways.

After the Torah service we come down from the mountain, as it were, and we affirm our fidelity to the covenant in the ALEINU.

ON KEEPING THE LEVEL HIGH
I appreciated especially one anecdote in the book by the Presbyterian minister. He was meeting with a new attender of his church, a woman who had little or no Christian background. The minister was aware, of course, that most churches this woman could visit followed the more evangelical, contemporary, and spontaneous style as opposed to a classical, liturgical style.

The woman started to talk about how hard it was to learn the liturgy. She didn’t know what to do next. She was often a step behind and struggling to catch up, to find the page number and say the same words as the others. She said, “You know, pastor, it takes a lot of work to know what we are doing and why we are doing it.”

He was about to apologize. Then she said:

I know that I don’t know my Bible. I don’t know very many of the hymns that you sing. . . . But that doesn’t bother me, because I also know that I have a lot to learn. I shouldn’t expect to know how to worship God after two weeks of church, should I? I look at all the children in your church and I weep. They know the hymns. They know where to turn in their Bibles. I want to learn all of that too. . . . Will you be patient with me and help me?
-in Jeffrey Meyers, The Lord’s Service, Canon Press, 2003, pg. 324.

That has been our experience too. And the same people who struggled with the shift from their spontaneous-evangelical backgrounds — since many of our people, including the Jewish members, spent time in churches before coming to Messianic Judaism — now own the liturgy. It has become theirs. They can recite by memory long paragraphs of Hebrew and often the English translations as well.

We shouldn’t expect the worship of God to be so simple it requires no learning should we?

IT guy working in the associations industry. Formerly a congregational rabbi. Dad of 8. Nerd.
View all posts by Derek Leman →
This entry was posted in Bible, Worship. Bookmark the permalink.

2 Responses to Liturgy, Some Scattered Thoughts