The Yeshua in Context book, audiobook, and eBook is due for release in August 2010. I plan to publish a sourcebook as well with lists, charts, and further resources for study. In this podcast, I examine the beloved story of the Prodigal Son, mostly following N.T. Wright’s reading of it. In the book I will develop more about what the story tells us about the message and aims of Yeshua for his generation and for ours. 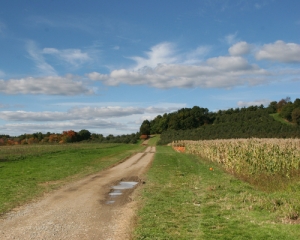 A prophet tells stories in a prophet’s words. Much of the incomprehension of Yeshua over the centuries has been due to a lack of consideration of Yeshua as continuing the work of the Israelite prophets. Perhaps it has been a reluctance to speak of Yeshua in a role other than Messiah which has led to this glaring omission. Perhaps it is a general lack of familiarity of Israelite prophecy on the part of interpreters.

If N.T. Wright has made a solid and enduring point about the meaning of Yeshua’s life and teachings, it is that Yeshua reframes or subverts the usual tellings of Israel’s story (Jesus and the Victory of God, see pp. 125-133). People in every age are familiar with certain stories which define their nation, their generation, or which are part of the culture in some major way. In Israel, there were stories about a covenant, an exile, a return, and a great future restoration.

Evidence that the story of Israel’s past shame and future glory was well on the minds of the people in Yeshua’s generation is all through the gospels. People speak of the kingdom of God, of Elijah, they go out to John in the desert, they ask for signs, they spread out garments and branches beneath the feet of Yeshua entering Jerusalem. They cry out, “Hoshiah na,” from Psalm 118, “Please save us.” The disciples ask if they can sit at Yeshua’s right hand in his glory as Israel’s messianic king. A Pharisee cries out exuberantly, “Blessed is he who will eat bread in the kingdom of God.”

IT guy working in the associations industry. Formerly a congregational rabbi. Dad of 8. Nerd.
View all posts by Derek Leman →
This entry was posted in Bible, N.T. Wright, Prophets, Yeshua and tagged Podcast, Yeshua in Context. Bookmark the permalink.